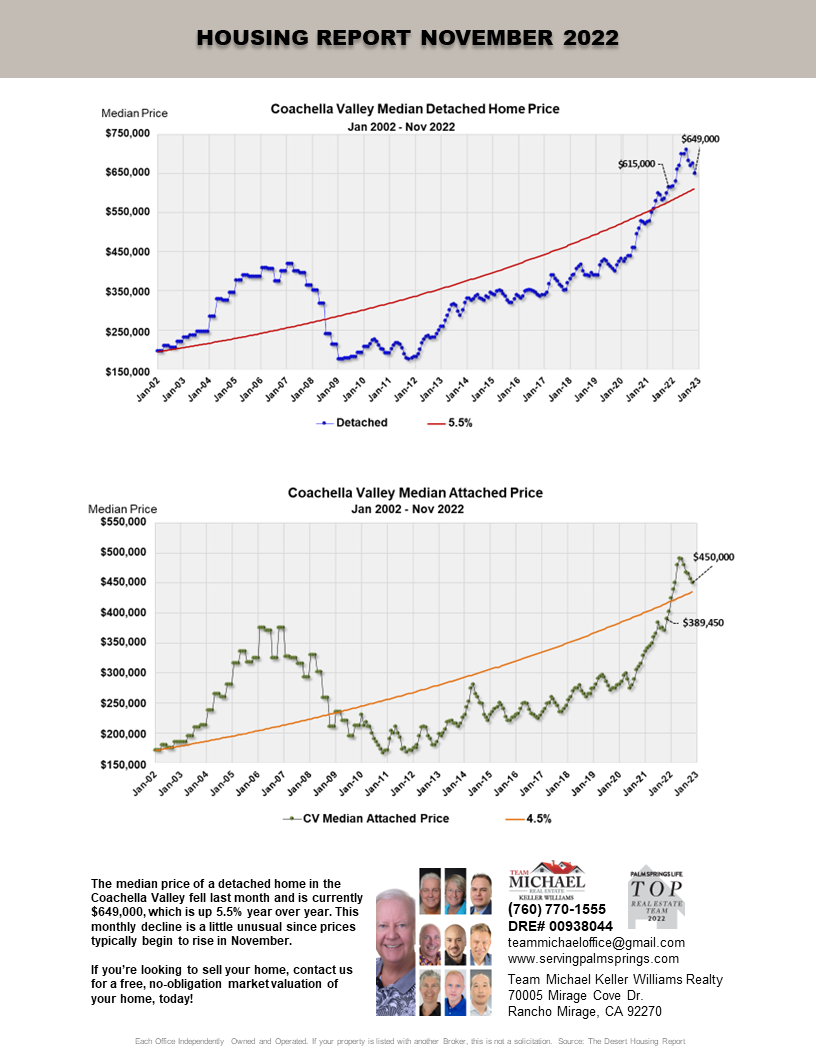 PRICES: The median price of a detached home in the Coachella Valley fell last month and is  currently $649,000, which is up 5.5% year over year. This monthly decline is a little unusual since prices typically begin to rise in November. The latest price is now 8.6% below the peak of a few months ago. The median price for attached homes in November was $450,000, which is down for the  sixth month. Only one city – Coachella – has a year over year gain above 20%. Palm Desert and Palm Springs have the smallest gain at 3%. In the attached market, gains range from 32% down to 5.1%.

SALES: Home sales continue to decline. The three-month average of sales in November was 474 units a month, which is 41% less than last year. In the three years before the pandemic, November sales averaged 700 units per month, so sales are running 32% below average. Every city has lower sales now compared to a year ago. The largest percentage sales declines are in the cities of La Quinta at 54%, then Cathedral City at 46%, Rancho Mirage at 45% and Palm Springs and Palm Desert at 43%. Indio had the smallest sales decline at 25%.